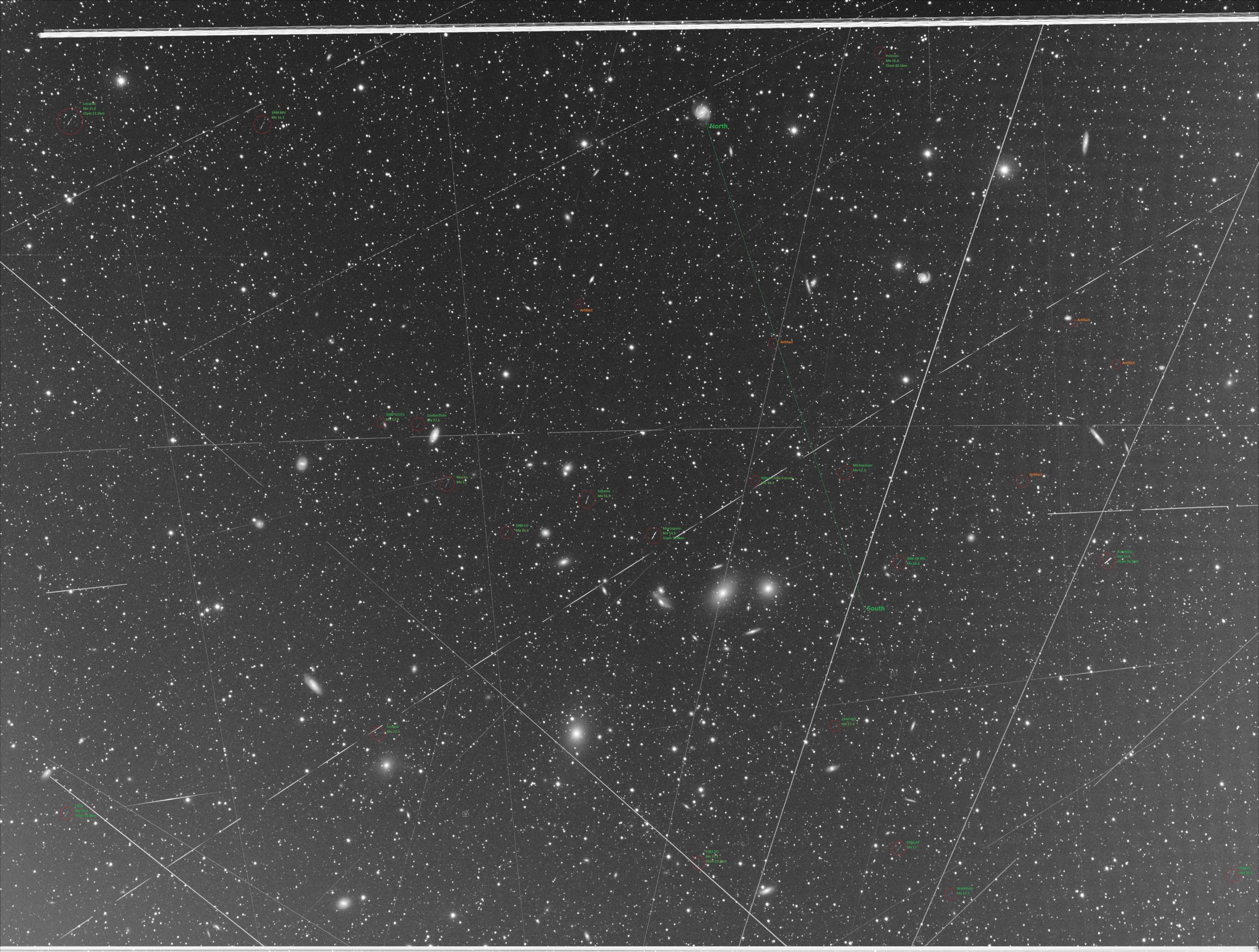 This image is the result of 56 images stacked using the “Maximum” stacking mode of Deepskystacker. It contains many traces of solar system objets. Let’s see in this post the main characteristics of those objects using Aladin desktop, SkyBoT and  JPL Small-Body Database Browser.

The “Maximum” stacking mode of Deepskystacker consists of keeping in the stack all the images information so as to reveal transient objects like air planes, satellites, asteroids or even comets. 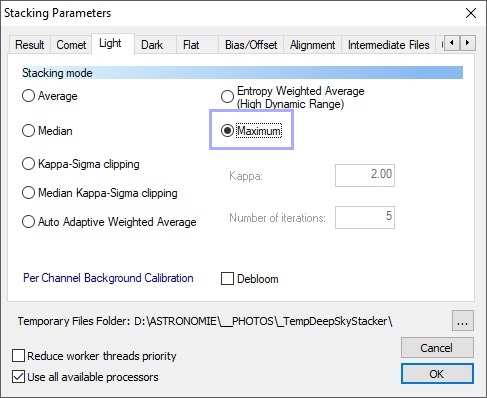 To identify the objets, I followed instructions given in my previous post: Identify asteroids with Aladin and SkyBoT and annotated manually the image for obtaining the result below:

Not less than 20 asteroids!

Once the asteroids identified, I listed their main paramaters in the table below:

V: Apparent magnitude at the date of shooting (28th of February 2019)

Classification: Group or family of asteroids

Asteroids depicted above are primarly located in the Main asteroid Belt which lies between Mars and Jupiter. This Belt is subdivided in several layers (Inner, Middle and Outer) and is bordered by others asteroids families like the Hungaria’s for example. More far away from the sun is located the Trojan family which is part of the Jupiter orbit and located on its L4 and L5 Lagrange points (ie places on the orbit 60° ahead and 60° behind Jupiter).

In the aim of displaying some orbits, I choosed 3 asteroids among the 20 found:

Orbits below are displayed using JPL Small-Body Database Browser. The method for obtaining such orbits is provided in previous post: Identify asteroids with Aladin and SkyBoT. 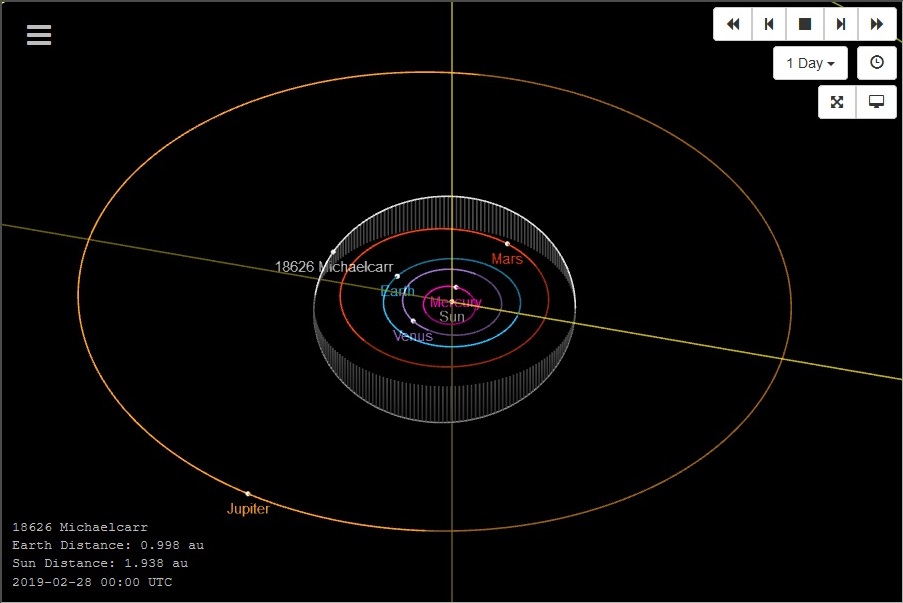 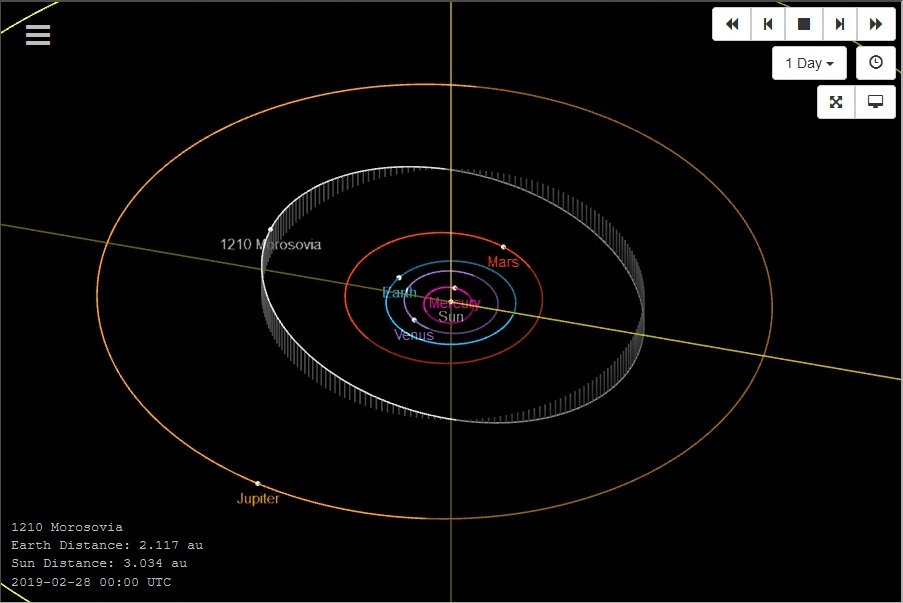 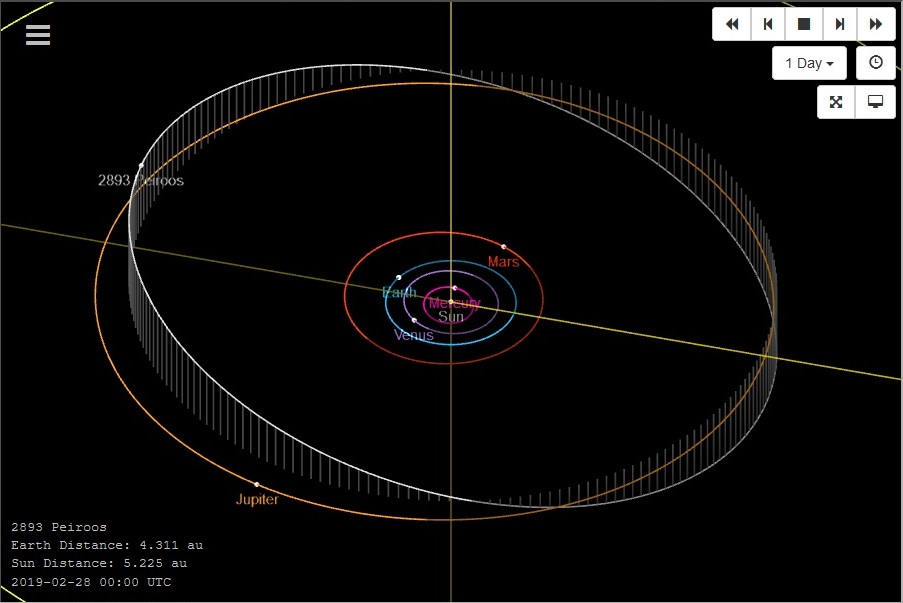 Plotting these orbits gives immediately a nice idea of these asteroids. This is much more concrete than a simple trajectory observed on a stacked image!