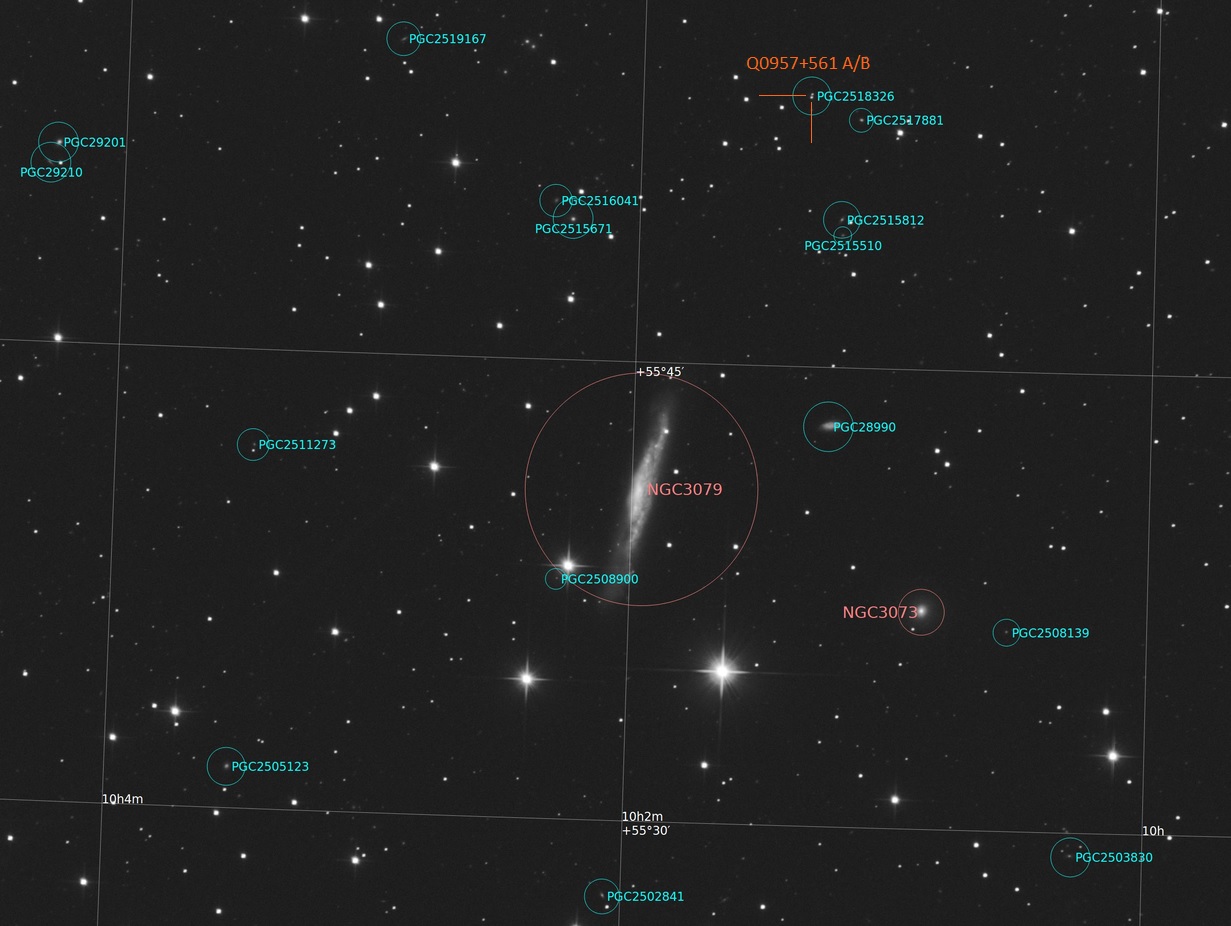 A twin quasar!?? gravitationally lensed ?!! Well… it seems to be a good excuse for imaging the field…

This double quasar is located in Ursa Major constellation, west of Merak, and at a few arc-minutes north of NGC3079. 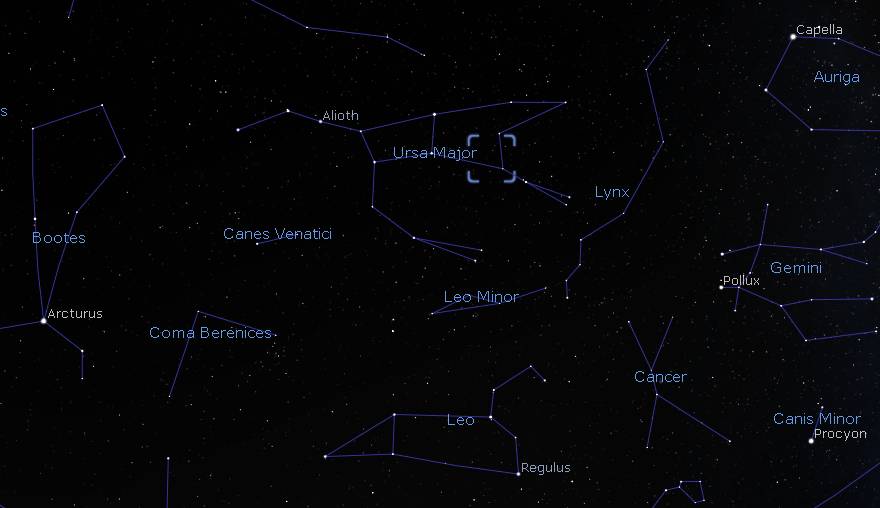 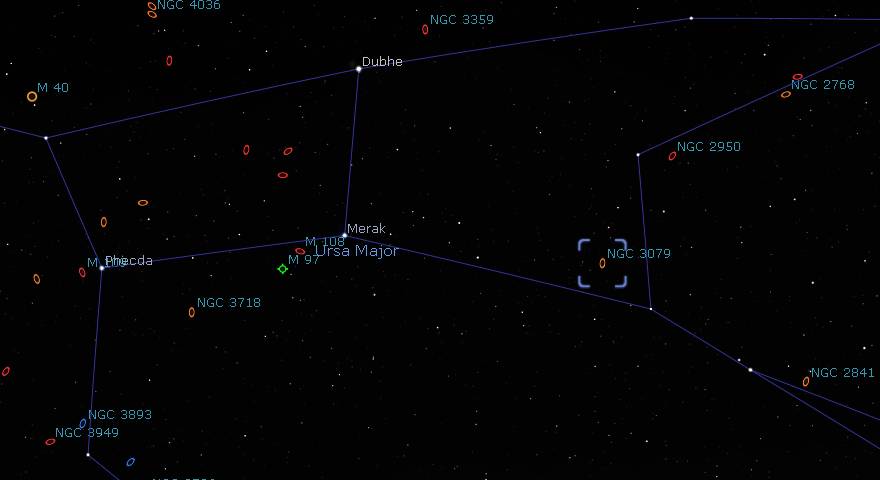 A more detailed location is available hereunder with the annotated image.

On the center of the image lies NGC3079, a barred spiral galaxy of apparent magnitude 11.5 located at 50 million light years from us. This is an active galaxy from the Seyfert kind with a supermassive black on its core.

Just nearby, NGC3073 is a lenticular galaxy located at 53 million light years from earth. NGC 3073 is part of the NGC3079 group which includes also several small galaxies: 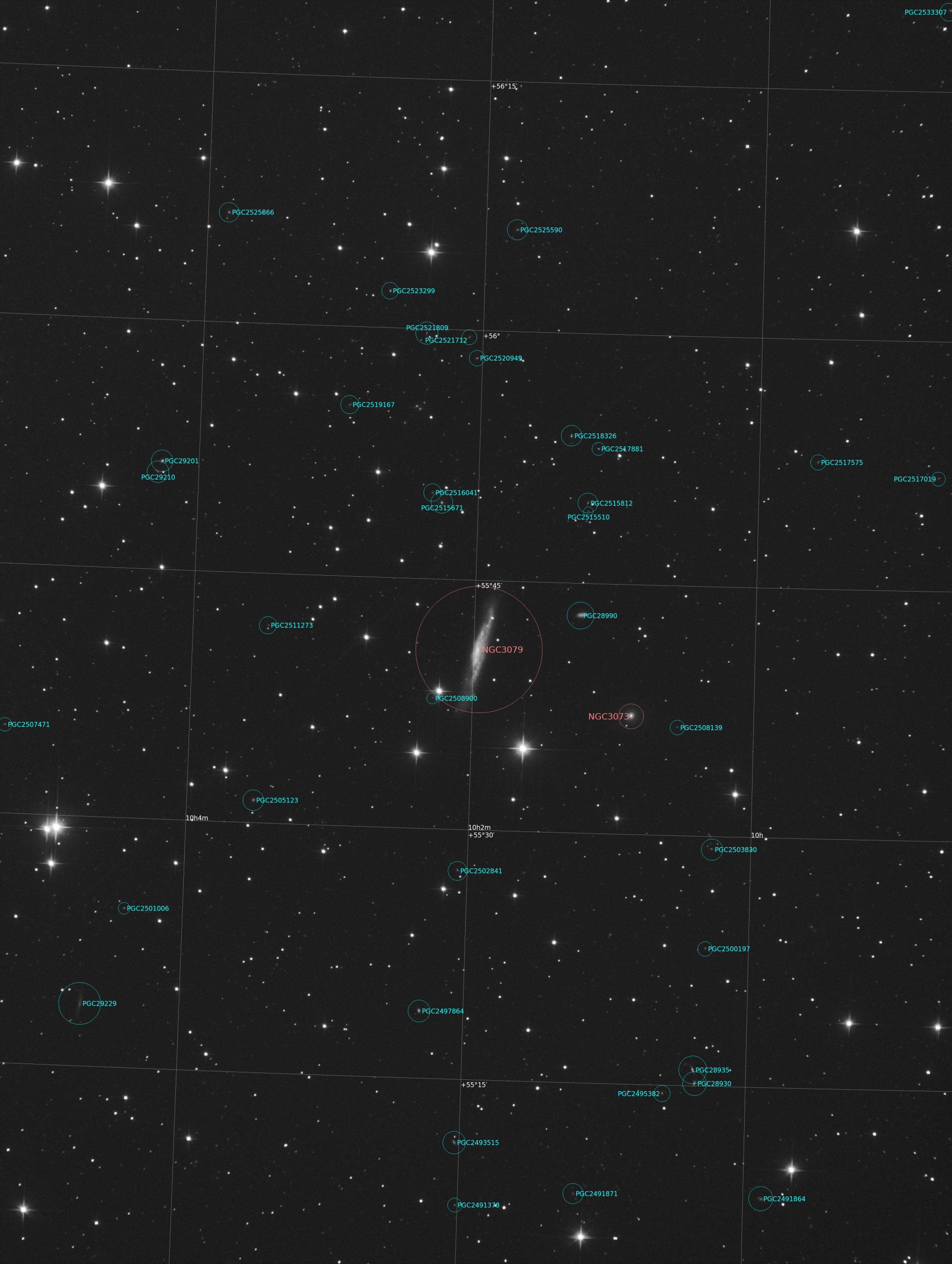 All other galactic objects are referenced as PGC. Let’s now take a look at quasars. 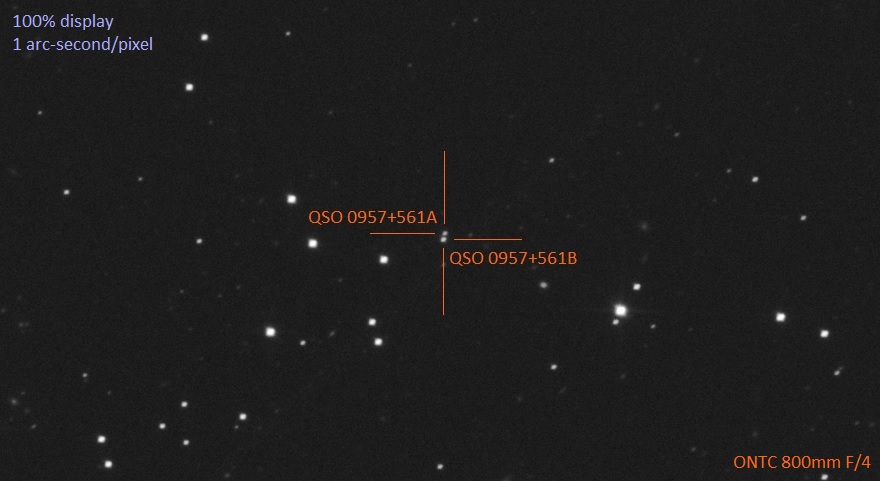 In 1979, a spectrum measurement of these 2 objects reveals that they should be in fact the same quasar, located at 8.7 billion light years (z=1.41).  The mass of a galaxy cluster located in front of the quasar bends its light and splits it into 2 paths, generating these 2 dots on the image. Dots that are 6arc-second separated as confirmed below. 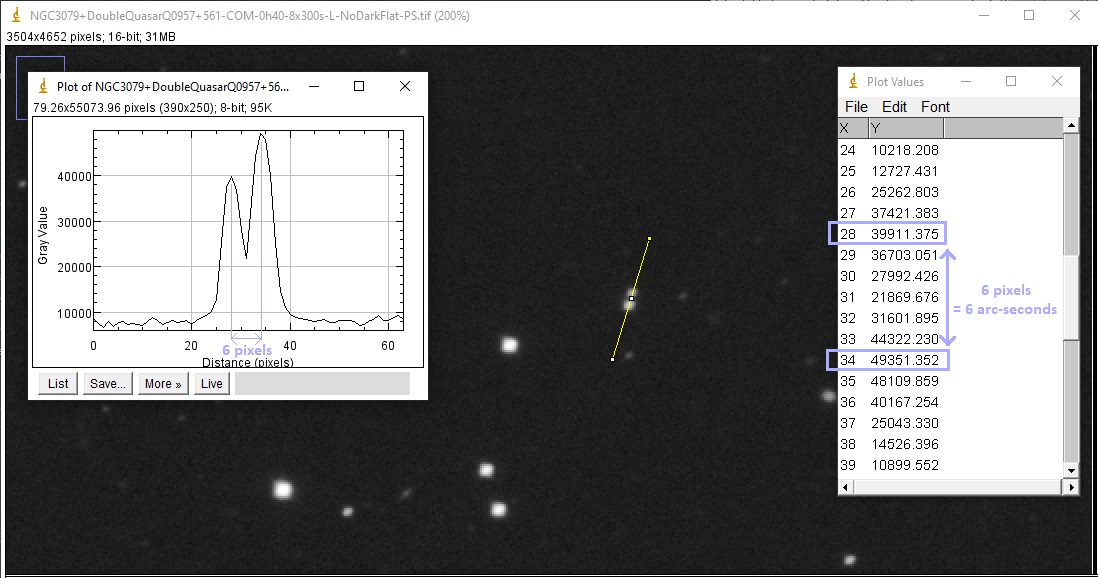 At this time, it was the first supposed observation of gravitational lensing effect! Phenomenon that will be confirmed later.

Others quasars of this field are annoted below using Aladin software for the data extraction and Pixinsight for the annotation. Most of the quasars have been detected, roughly up to mag 21 in g (AB) SDSS band. 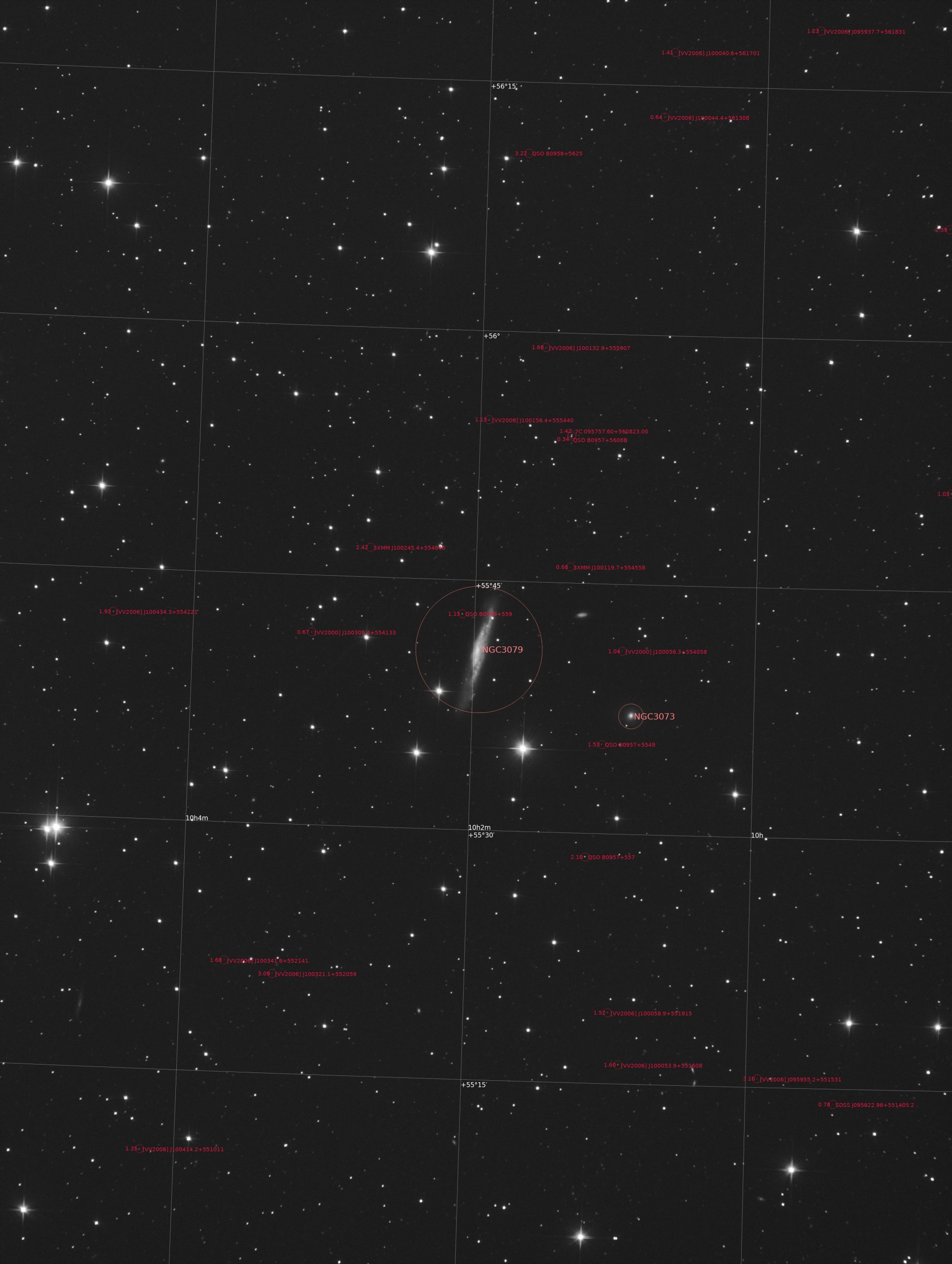 Surprisingly, the B component of the Twin Quasar also labelled QSO B0957+5608B is coted in Aladin software at a redshift of 0.34. This redshift corresponds roughly to the redshift of YGKOW G1, the lensing galaxy, though it is located 1arc-second north. Strange…

Beside this very interesting Twin Quasar, there is also 3 galaxies belonging to NGC3079 group in the field and plenty of others quasars. The excuse was definitely good 🙂